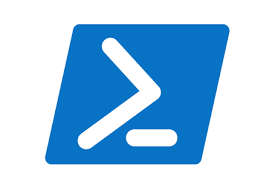 This is the first blog post of my guiding thread of my session for VMUG Austria meeting on 25th of April 2019. For second post about PowerCLI click here. I talked about:

Some notes about the topics:

These are my personal principles about scripting

This is the power of programming/scripting: you can start with a working script and adapt it to work for your environment.

To show the content of a variable, just type in its name. To show type of variable, run for example:

doesn’t show an error but the result of 49 seems to be wrong. This is because “4” is interpreted as string. So “+” connects the two inputs to one string. This could happens when trying to calculate with variables and one of them is defined as string. To overcome this, use one of the following.

With “/1” PowerShell interprets $a as integer instead of string.

With prefix “[int]” PowerShell converts $a – just within this operation – to integer, if possible.

To show an entry of an array, enter array-name followed by square bracket and entry number.

To show all entries on screen sometimes it could be better to list them comma separated. You could do a small loop to do so, or you just run code like this:

Variable $Text now contains a string with all letters separated by commas. To do the other way round, run

To change an entry of an array you can use

To add an entry, run

A hash table is like an indexed table in a database. You are able to get an entry of a hash table by entering the desired key.

To enter some entries run

To get an specific entry, run for example

We will use this notation (“.”) later on. Normally it is used to get information of deeper level within the data structure. For another example look at the for-loop section.

Pipe “|” is a very powerful feature of PowerShell. It is like pipe in Linux shell: the output of a command is the input of the next command. In Linux the input is text-based, here it is object-based. And this is a huge difference as we will see later on.

Another important concept of programming languages are loops. There are a few ways go through every element of lists. I will concentrate on three of them.

Here is also our first use of pipe. With foreach, you go through every element by naming them during processing.

During processing the list of $Numbers, each element is placed into the variable $Number which can be accessed within curly brackets.

Our second loop is foreach-object. It is important to distinguish foreach statement from foreach-object as we will see later.
You can pipe a list of elements – like an array – into foreach-object. The cmdlet will go through every element. You have access to each element during the loop by querying the $_ variable. Here is a simple example.

Attention
To demonstrate, foreach is not equal to foreach-object, see the following example.

Each loop returns “data”. But when setting the list to $null, with means the variable is like never been used before.

This loop is a counter-based loop. In brackets is defined: index-variable and start-value; condition as long as loop runs; what happens to index after a loop-run.

With this loop we can easily create a hash table with our numbers and letters.

With this, we can “translate” a letter to its position within the alphabet. For example