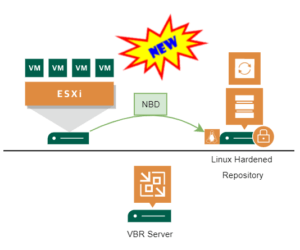 Compared to the small size of this post the information in it is huge. With Veeam Backup & Replication (VBR) v12 it will be possible to use a Linux Hardened Repository (LHR) server as proxy server. Only limitation seems to be the transport mode. Only Network mode (NBD) is supported! This is because of security reasons. Network Mode was possible to implement without requiring root […] 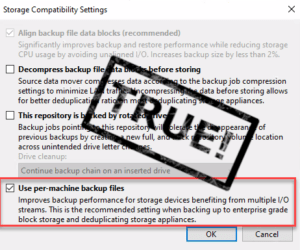 Veeam Backup&Replication (VBR) v12 is coming soon. So its time to get to know its new features and improvements. And there are a lot of them! I already started a blog series about smaller features and improvements. This post is about a new feature that helps manage a machine more individually within and between backup jobs. Project title: True per-machine backup files. 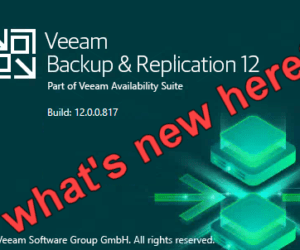 A huge amount of new features and detail improvements are coming with the new version of Veeam Backup & Replication (VBR) v12! My new blog post series is about the smaller features and improvements in v12. So take a look, what else is new in Veeam VBR v12. Part 1 is a unsorted list of improvements I found during the first few hours of playing […]